Sooronbai Dyikanov , Sanjar Sultankulov, Igor Hadjamberdiev
International Agrarian Platform
sooron69@mail.ru, <igorhodj@rambler.ru>
Abstract
There are serious problems of agricultural sector in the remote regions of Transition Countries of Central Asia: seasonal lack of water, obsolete canals network, the inability to take out the fresh fruits (seasonal mountain road), the lack of technology of fruits drying for market).  To solve the problems our organization members (independent farmers and independent group of scientists) implementing technologies for the unfortunate conditions overcoming. These are: water-counters and sprinklers (water volume is three times smaller than by channels), fruits drying systems (apples, pears, plums). All the methods and inventions of technology (or modified) by our members. The success of the comprehensive implementation is confirmed during three years. Monitoring trips and fairs were held in the most remote regions of the Tian-Shan: Batken, Kemin, Aksu. Fairs have shown the use of technologies in the past year: increase of dried fruits volume of and their sales, it leads to rise income of the villagers.

Central Asia (CA) is one of the largest locked eco-systems of the planet which has no access to seas. A number of the region rivers totally distributed for agriculture: Ak-Buura, Amu-Darja, Jakhsy, Isfana, Isfara, Varzob, Karatag , Shirkent, Syr-Darja, etc [ref. 1]. Artificially irrigated lands: 1,1 mln hectares in Kyrgyzstan, 2,8 mln hectares in Kazakhstan, 4,2  mln hectares in Uzbekistan. Soil deterioration was processed steadfast during the latest 50 years (see picture 1). The processes are: desertification land square adds about 12% each ten years, salinisation of land, toxicants (pesticides and others) accumulation, etc) of whole CA. The reasons are: 1) extensive non changing monoculture;  2) over-irrigation (35% -55% of water volume); 3) regional soil characters weak stability due thin soil line upper rock and high intra-soil filtration; 4) lack of contemporary scientific soil assessment, include mapping. These reasons aggravated together with demographic influence - high population growing. So, the shortage of land per capita, so harvest per capita (coinciding “Limits of Growth” concept): in Kyrgyzstan land per capita in 1975 – 0,27, but in 2013 – 0,14; in Tajikistan in 1975 - 0,17, but in 2013 - 0,10.

We have made mathematic-map scenarios for 30-50 years concerning Global Warming. There are four main ones: 1) Good (in case of high effective soil and water politics),  irrigation-water volume do thrifty to 9300-9800 cubic m/hectare, and demographic grow would be moderated till 1,0% per year; 2) Middle, with 9800-1000 cub meters/hectare, demography 1,2-1,3%; 3) Bad situation with 1000-1200 cub m/hectare, 1,3-1,5%;  4) In case of no changing in situation it would be worse (about 12000 cub m/hectare,  1,5-1,9%). Two last scenarios should lead to steadfast shortage of harvest (especially in Fergana valley - South Kyrgyzstan and East Uzbekistan, North Tajikistan – 60% of CA population), wide spread of poverty and malnutrition, hungry-riots, rise up illegal migration to Russia and Europe.

Postgraduates of five universities tried to implement several technology and scientific contemporary tools of land protection: A) special strong side canals for irrigating water lost (see picture 2); B) we implementing computer-accounted water-sharing system and “small farm artificial-rein system” – these tools on the one hand it had prevented over-irrigating and from the other it had saved the water volume 3-5 times [ref 2 and 3]; C) to use new space map, tool of numbering-mapping (which include all previous field-data and paper-maps).

(A) Damping of soil, and (B) wetting of upper-soil air lie. The goal is optimization of water use, and objects are:  (A) humiditation and fall down soil temperature; (B) humiditation and air temperature fall down. The system consists of simple standard parts:  rain-round machine (it has been used Fregat marked number two), fire-engine (MP-600A), and several plastic tubes. The method A has done every 7 days till soil be humid 30 centimeters under upper. The method B (water 20-25 cubic meters for hectare) has done in hot middle day hour’s only, according temperature boarder 24 C (measured 1 meter upper soil level).  We are probating the methods in 27 farmers of two countries last year summer. Total water expenses during vegetation: 650 cubic meters for hectare by (A), and 2100 cub meters by method (B). Average rye harvest was 25% higher compared with ordinary irrigation (canal-groove system), but water expenses for centner of harvest 4 times fall.

There are several areas with high polluted soil, waters, food with uranium [4] and pesticides [5].  So it very interesting area with not using pesticides 40 years – Kerben area.
Unfortunately, ​​it was impossible to export whole volume of these products latest 20 years - due lack of fruits conservation technologies, and due rise in transport costs. Square gardens from the late 90s were reduced, and annually half of the fruits were lost due to the reasons.
It has been implementing In recent two years: A) the installation of high-temperature drying fruit lead to full disinfection and long conservation (see photo 3 and 4); B) started promoting organic products in the country - as part of which was held two forums fair of organic products; C) medico-ecological scientists begin studies immunity of two groups of people: consuming conventional and organic products. It has been determining obsolete pesticides high content in rivers and canals (Chu river chlor-cyclogecsane 8,5 x 10-3 mg/l, DDT-DDE sum 13,6 x 10-2 mg/l).
We organizing three international exhibition-markets of organic products in Bishkek, and four local  ones (for plump, for rise, for apricots, for organic handicraft). There are many foreign guests in the exhibitions (Indian Ambassador, Tadjik and Turkish Embassies Officials, USA and Swiss organic NGOs activists).
Picture 1. Central Asian region depending on irrigation 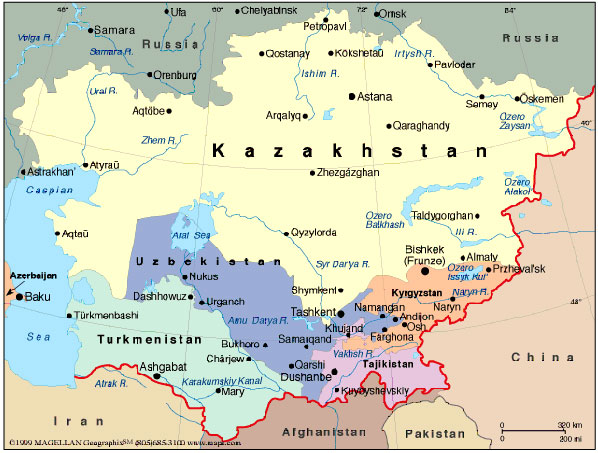 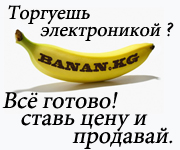 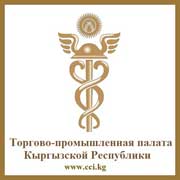 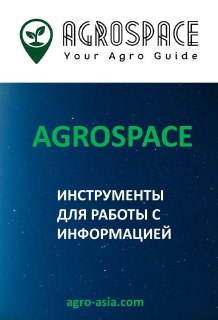